Brady, Gronkowski connect for a pair of TDs 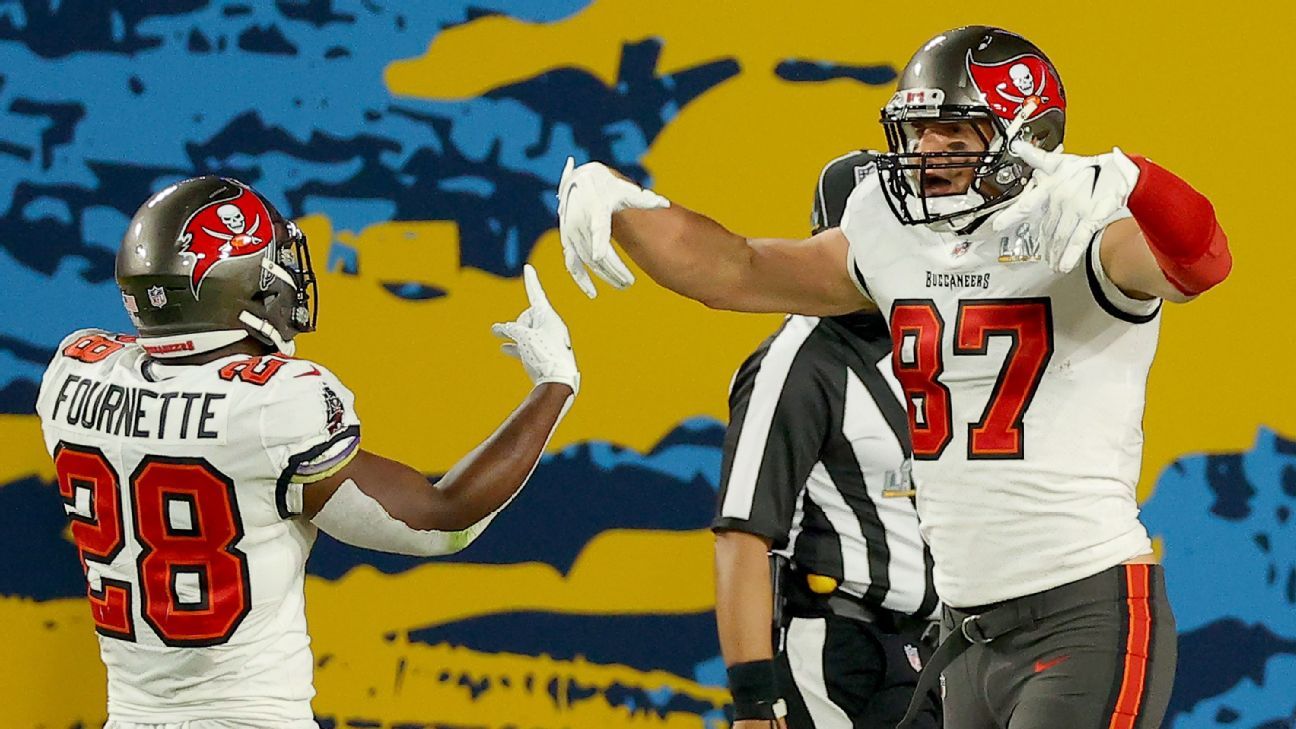 On the play, which gave the Bucs a 7-3 lead, Gronkowski ran across the back of the formation, into the flat, with receiver Mike Evans running to the flat. It was Gronkowski’s fourth career receiving touchdown in the Super Bowl, breaking a five-way tie for second most in Super Bowl history.

He now trails only Rice, who has eight.

Brady and Gronk would replicate that magic in the second quarter. The Bucs lined up for a 40-yard field goal after stalling deep in Kansas City territory, but Antonio Hamilton jumped offsides, giving the Bucs an automatic first down.

On the very next play, Brady found Gronk for a 17-yard touchdown, with Gronk faking like he was running to the corner of the end zone before turning inside and losing L’Jarius Sneed, extending the Bucs’ lead to 14-3.