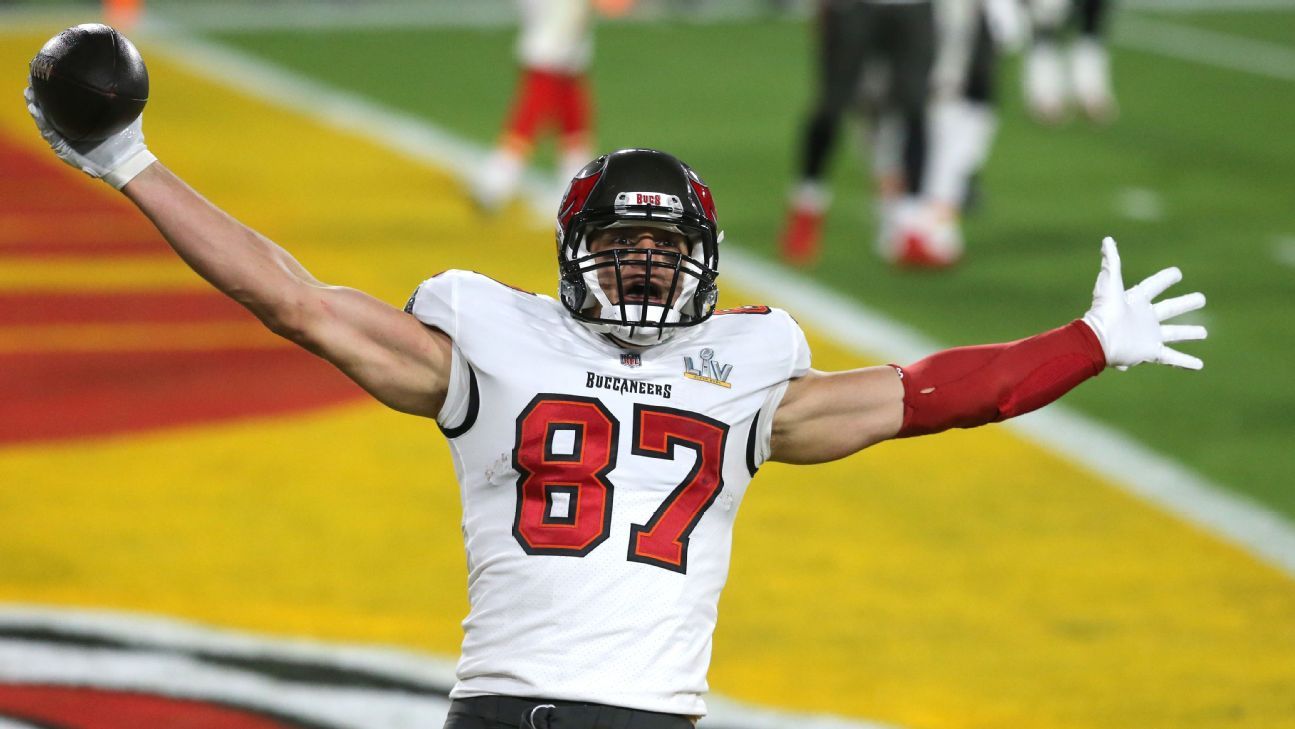 The Super Bowl champion Tampa Bay Buccaneers continue to get the band back together.

The latest to rejoin: Rob Gronkowski.

The star tight end and the Bucs have agreed to a 1-year deal worth $10 million, his agent, Drew Rosenhaus, told ESPN’s Adam Schefter on Monday.

Gronkowski was one of several high-profile Bucs players — defensive lineman Ndamukong Suh, wide receiver Antonio Brown, kicker Ryan Succop and running back Leonard Fournette were among the others — whom the team had hoped to bring back following last month’s Super Bowl win.

Earlier Monday, the Bucs and star pass-rusher Shaquil Barrett agreed to a four-year deal worth up to $72 million, Rosenhaus told Schefter.

The Buccaneers traded a fourth-round draft pick to the New England Patriots last offseason for Gronkowski’s rights and a seventh-round pick. Gronkowski, who had retired from the NFL in 2019, started off the season slowly, shaking off some rust after being away from football for a year and finding a role in Bruce Arians’ offense, which wasn’t known for being tight end friendly.

While offensive coordinator Byron Leftwich and quarterback Tom Brady worked to carve out a role for Gronkowski, he embraced his role as a blocker and as a leader and finished the regular season with 45 receptions for 623 yards and 7 touchdowns.

He peaked at the right time, though, finishing with two touchdowns in the Buccaneers’ 31-9 victory in Super Bowl LV as he and Brady broke Joe Montana’s and Jerry Rice’s postseason record for most touchdowns by a QB-receiving duo.

Gronkowski, 31, spent the first nine seasons of his NFL career with the Patriots, winning three Super Bowls with the team. He was a five-time Pro Bowl selection and four-time first-team All-Pro.