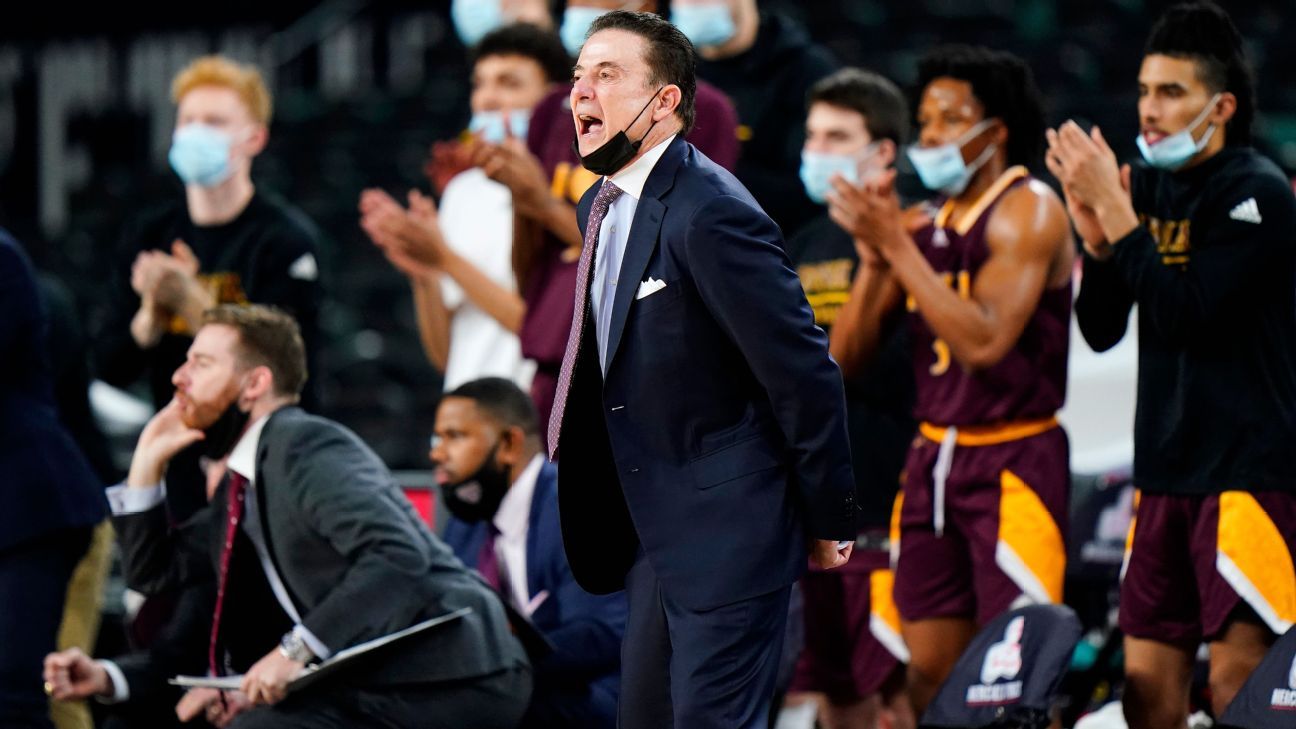 One day shy of the one-year anniversary of Iona hiring Rick Pitino, the Hall of Fame coach has led the Gaels to the NCAA men’s basketball tournament.

Iona defeated Fairfield 60-51 in the MAAC title game on Saturday in Atlantic City, New Jersey. The Gaels never trailed and finished the first half on a 10-0 run, giving them a 12-point lead they wouldn’t come close to relinquishing. They extended the lead to as many as 16 points in the second half, led by the senior backcourt of Asante Gist (18 points) and Isaiah Ross (13 points).

It’s the program’s fifth NCAA tournament appearance in the past six seasons.

“I’m just really pleased to be at Iona,” Pitino said in his postgame availability. “When you grow up in New York, I grew up on 26th Street, on the East Side of Manhattan. I lived in Queens, I lived in Long Island, I lived in Westchester when I was the Knick coach. I’m New York strong all the way through, and it means a lot to be at Iona.”

Iona received a 9-seed in the MAAC tournament, although the Gaels finished third in the conference standings. But the league opted to use wins instead of winning percentage to seed the conference tournament, meaning Iona — which had multiple coronavirus-related pauses throughout the season — was relegated to the 9-seed after finishing 6-3 in conference play.

Iona struggled last season after former head coach Tim Cluess took a leave of absence because of health issues. The Gaels finished 12-17 overall and 9-11 in the league a year ago. Pitino had Ross and Gist returning to New Rochelle, but the coach knew he needed to add reinforcements to get the team back in title contention immediately. So he hit the transfer market for starting wing Berrick JeanLouis and also added a couple of high school recruits who were still available last spring, most notably starting forward Nelly Junior Joseph.

The Gaels started out 5-3 over the first month of the season then didn’t play a single game between Dec. 23 and Feb. 12 because of COVID-19 issues. After five games back, the program had to go on another COVID-19 pause in late February and announced it was sitting out until the MAAC tournament.

Despite dropping down to the 9-seed, Iona won four games in five days — including an upset of 1-seed and regular-season champion Siena in the quarterfinals — to earn the league’s automatic bid.

“For them to win four games coming out of COVID pause and to do these things is remarkable to me,” Pitino said. “We’re excited to be in the tournament. We haven’t played that many games this year, and we’re getting better with each game that we play.”

Considered one of the best coaches in college basketball history, Pitino has now won 13 conference tournament championships — to go with eight regular-season titles, seven Final Four appearances and national championships with both Kentucky and Louisville, with the latter title vacated because of NCAA issues.

Pitino was hired on March 14 last year, his first college coaching job since October 2017, when Louisville fired him following the FBI investigation into college basketball. The Cardinals were linked to the investigation through allegations of Adidas payments to the family of five-star prospect Brian Bowen. Pitino and athletic director Tom Jurich were placed on unpaid administrative leave and ultimately fired for cause.

Pitino went overseas for a couple of seasons to coach the Greek club team Panathinaikos but was frequently linked to open college jobs. When Cluess officially stepped down for health reasons, the opportunity for Pitino to return home to New York and coach the Gaels became available.

“There was so many things outside of the lines that were [more] important than between the lines,” Pitino told ESPN the day he was hired. “I’m so passionate about the game that I went halfway around the world to coach in Greece. I missed my family; no one was there. If I was going to coach in college basketball, it was going to fulfill my needs away from the lines.

“I knew it was the right fit. It’s 30 minutes from my apartment in New York City; it’s 10 minutes from my son in Harrison, New York. It’s 10 minutes from a golf club I’ve belonged to, Winged Foot. It has a great tradition; the coach before me did an unbelievable job. So many small Catholic schools [have had success]. Gonzaga. Dayton. Iona has a chance to build on what Tim Cluess has done.”

While other schools passed on bringing Pitino back to college, Iona president Seamus Carey and athletic director Matt Glovaski took a chance — and it has paid off.

“For us, it’s about focusing on great research,” Glovaski told ESPN at the time. “Focusing on making sure we were on the same team, we were building moving forward. Rick’s values aligned with the goals and values for the college. He was the right leader at the right time in his life for this job.”

“Nobody did a better job than Tim Cluess. Obviously, I wouldn’t be here if he didn’t have health issues, because he was one of the premier coaches in the country,” Pitino said. “Tim, wherever you are, we share this with you tonight. You’re part of our program.”