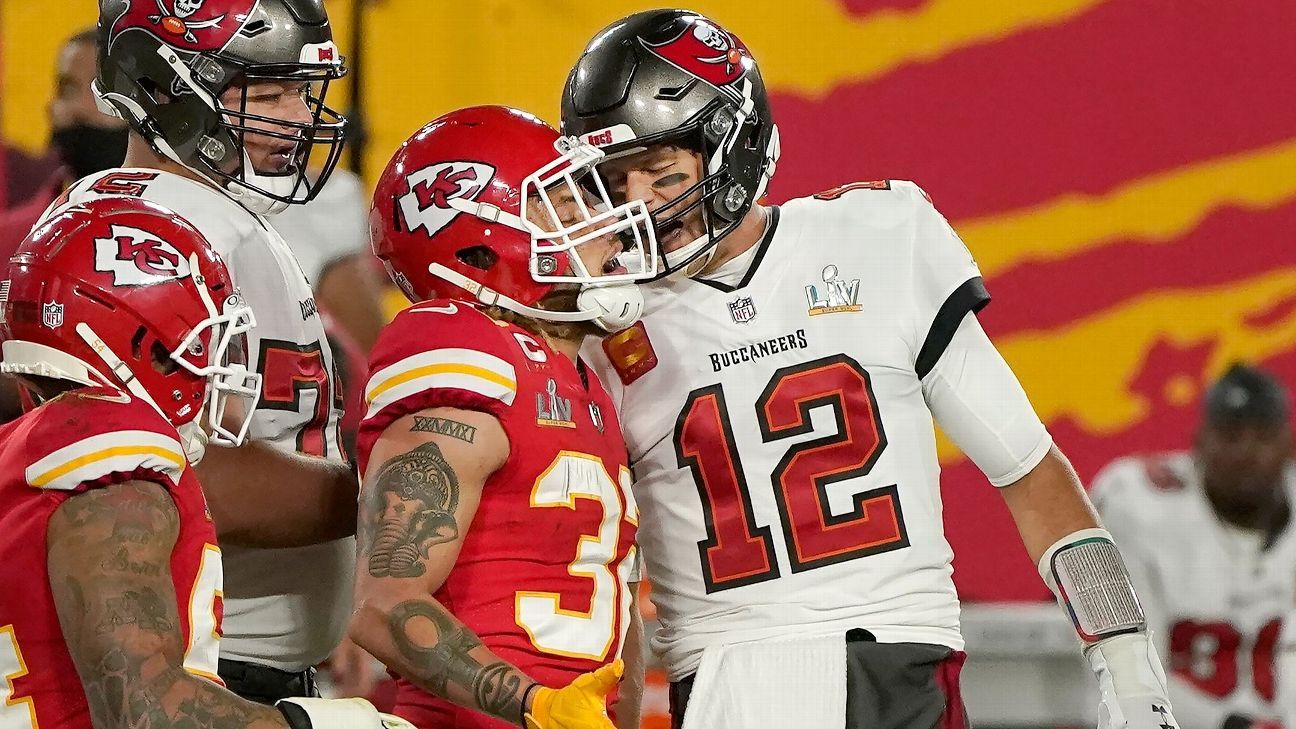 TAMPA, Fla. — Immediately after the Tampa Bay Buccaneers defeated the Kansas City Chiefs 31-9 in Super Bowl LV on Sunday, Bucs quarterback Tom Brady texted an apology to Chiefs safety Tyrann Mathieu for several on-field verbal altercations, according to a source with knowledge of the situation.

ESPN was read the contents of the text out loud.

Brady apologized to Mathieu for losing his composure in the heat of the moment, of which Mathieu said, “I’ve never really seen that side of him.”

During the game, Brady and Mathieu sparred multiple times. At one point, Brady even chased him down and got in his face.

Brady called Mathieu the “ultimate competitor” in his apology text and said he knew he needed to match Mathieu’s intensity Sunday.

Brady told Mathieu he’d watched him since his days at LSU, and he praised Mathieu for his heart, calling him an “incredible leader, champion and class act.”

Brady also expressed his desire to apologize in person in the future. He said his outbursts in an emotional moment were in no way a reflection on his feelings toward Mathieu, whom he spoke of highly throughout the week leading up to the game.

Mathieu explained his side of the altercation, saying in a since-deleted tweet that Brady started the verbal spat when he called Mathieu “something I won’t repeat.”

“He’s clearly chasing me, but I got flagged,” Mathieu said in another deleted tweet.