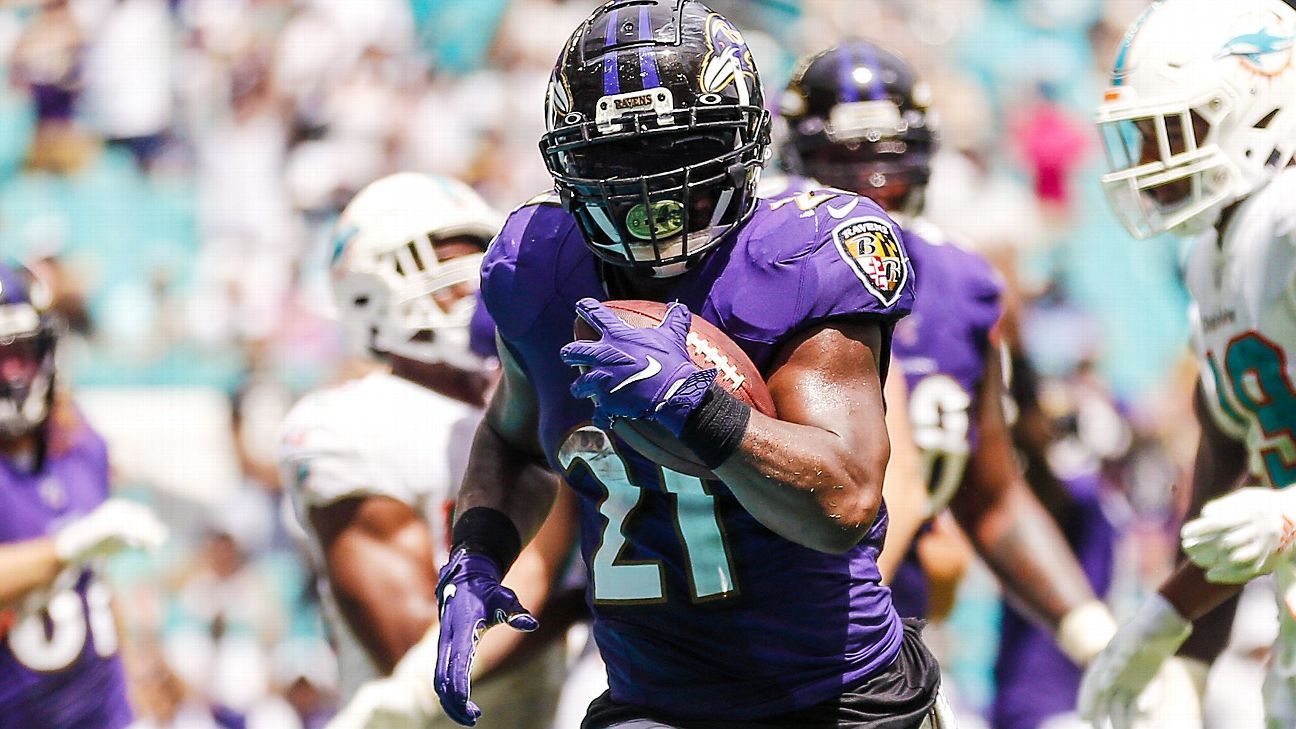 Former Baltimore Ravens running back Mark Ingram has reached agreement on a one-year deal worth up to $3 million with the Houston Texans, a source told ESPN’s Adam Schefter.

Ingram will join a Texans backfield led by starter David Johnson, who agreed to a restructured contract to remain with the team. The Texans released pass-catching running back Duke Johnson earlier this offseason.

Ingram, who was a healthy scratch for four of the Ravens’ final five contests of the 2020 season, including both playoff games, was released in January.

A Pro Bowl player in 2019, Ingram didn’t have the same explosiveness last season, and he was slowly phased out of the Ravens’ game plan, finishing with a career-low 72 carries. Baltimore ended up with the No. 1 rushing attack in the NFL by relying on rookie J.K. Dobbins and Gus Edwards.

Ingram, a first-round pick by the Saints in 2011, spent his first eight seasons in New Orleans and reached the Pro Bowl in 2014 and 2017. He signed a three-year, $15 million deal with Baltimore in 2019, immediately injecting high energy and leadership into the locker room.

Ingram, 31, gained 1,018 yards and scored 10 touchdowns in his first season with the Ravens, championing Lamar Jackson‘s run for NFL MVP by exclaiming, “Big Truss!” in postgame news conferences. Teammates have explained that “Big Truss” means trust and faith, a phrase that says, “Got your back.”

A Heisman Trophy winner while at Alabama, Ingram was selected 28th overall by the Saints in the 2011 draft. He has rushed for 7,324 yards and 62 touchdowns and has 260 receptions for 1,895 yards and 10 touchdown receptions in 10 seasons.